Senegal and Egypt meet in the Africa Cup of Nations final on Sunday, pitting two Liverpool stars up against one another.

Mohamed Salah is looking to lead the North Africans to a record-extending eighth continental triumph, while Reds team-mate Sadio Mane hopes to play a part in Senegal’s first ever Nations Cup victory.

The Teranga Lions have lost both finals they have played, in 2002 and 2019, while Egypt are looking to lift the trophy for the first time since 2010.

While the spotlight will fall on two stars of the Premier League, the two sides have had contrasting paths to the final, which will be played in the Cameroonian capital Yaounde.

Viewers in the UK can watch the final on BBC Three, BBC iPlayer and the BBC Sport website and app (kick-off 19:00 GMT), with comprehensive live text coverage available online.

The two forwards, both 29 and with over 100 goals in the English top flight, helped Liverpool win the Champions League in 2018-19 and then end a 30-year wait for a league title a year later.

Egypt and Senegal had already been drawn to face each other in March in a two-legged play-off for a spot at the World Cup in Qatar, but continental silverware is at stake first.

Mane has scored three goals and set up another two in Senegal’s run despite suffering a concussion in a last-16 match with Cape Verde, while Salah has two goals and one assist.

“It’s great to play against Senegal as a team and also against Sadio,” Salah said.

“We will be rivals but afterwards we will be team-mates again.”

Their club manager Jurgen Klopp said it was a “great achievement” for both players to get to the final.

“One will be really happy after, and the other one much less so,” the German added.

“It’s difficult to get that far in a tournament. They are superstars and the pressure on their shoulders was massive. They both have the chance to achieve something really big.”

Mane was part of the side beaten 1-0 by Algeria in the 2019 final, and says Senegal’s experience is “a good asset”.

“There are a lot of leaders in this team because we have a lot of great players and a lot of mature players,” he said. “Everyone is making a contribution.”

Will it be third time lucky for Cisse with Queiroz absent?

Former international Aliou Cisse has established Senegal as Africa’s top side in the Fifa world rankings for the past three years, but now comes the challenge of converting that status into a trophy.

Cisse has been involved in both of Senegal’s final defeats, missing the crucial penalty in the shootout against Cameroon in 2002 and then as coach three years ago in Egypt.

The 45-year-old took charge of the Teranga Lions in 2015 and believes his squad has the mentality to come out victorious at the Olembe Stadium.

“We have never been so close to this cup and it will be a big battle,” Cisse said.

“This work can only be crowned if this generation wins a trophy, and we have been chasing this trophy since 1960. Very beautiful generations that have passed didn’t succeed in getting it but we have faith, and we will fight.”

Egypt coach Carlos Queiroz boasts vast experience from a career which has seen him manage Real Madrid, Portugal and Iran as well as serve as assistant to Sir Alex Ferguson at Manchester United for five years.

But the 68-year-old will be absent from the dugout after being sent off against Cameroon, a punishment he has described as “outrageous and unfair”.

Close games and extra time – the route to the final

Senegal had a slow start to their campaign, topping their group despite only scoring one goal.

Mane’s 97th-minute penalty was enough to secure an opening win over Zimbabwe, and goalless draws against Guinea and Malawi followed.

Egypt lost their first match against Nigeria but progressed after 1-0 wins over Guinea-Bissau and Sudan.

The Pharaohs have done things the hard way in the knockout stages, with all three of their games going to extra time. They needed penalties to beat Ivory Coast in the last 16 and Cameroon in the semi-finals either side of a 2-1 win over Morocco.

The West Africans have had an extra day’s rest heading into the final, leading to one member of Egypt’s coaching staff asking for the match to be put back 24 hours.

However, Salah does not think Egypt’s extra minutes will affect them on Sunday.

“It’s a final. No-one will think about being tired,” he insisted.

“If we think about being tired we will remember the people in Egypt and think about making them happy. We train good, we recover good, we eat good, we sleep good. Everybody is happy and fit and excited.”

What the pundits say

“It definitely will be a very intriguing game. It’ll be a huge marketing boost for Afcon to have two of the most decorated players in Africa, who’ve been flying their flags very, very high, in the final.

“But one player will be a winner and one will have to settle and wait until the next one, next year in Ivory Coast.”

“I want it to be Senegal for their style of play. They are really entertaining and are the most balanced side. Egypt have earned the right to be there and will try to make it tight.

“I would like Senegal to score first as that will draw out Egypt and make for a better game.”

“We have to see much more from Salah.

“It is also about how Senegal defend the situations against him. Against Cameroon, we didn’t see Salah in the last third much.” 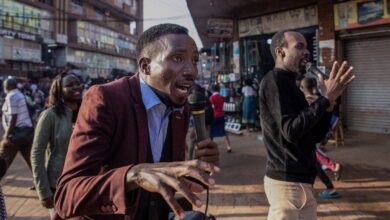 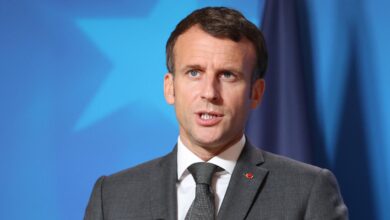 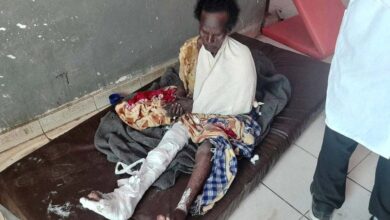