It’s been quite a change for me personally. I’m very lucky in the support I have from Catherine, she’s an amazing mother and a fantastic wife,” William added on Talk Vietnam in November 2016.

The Duke and Duchess of Cambridge wed in April 2011 at Westminster Abbey. Kate announced in December of the following year that she was pregnant with their first child.

George arrived in July 2013, followed by Charlotte and Louis in May 2015 and April 2018, respectively. The duke and duchess have since taken a “modern approach” to bringing up their little ones.

“The royals are renowned for being ‘stiff upper lip,’ but William and Kate … are moving away from that mentality,” a source exclusively told Us Weekly in July 2021. “Open communication is key for them. … [But they] set boundaries and have rules in place.”

The couple’s goal is for the three siblings “to express their emotions and ask questions to enable them to grow up as healthy adults,” the insider added at the time.

Kate has “always” planned to welcome a fourth child, another source told Us in February 2021, noting that she and William were “trying” to conceive baby No. 4.

“She put the idea on hold when [the coronavirus pandemic] hit, but now there is light at the end of the tunnel with the vaccine … and she feels ready to start trying again,” the insider explained at the time. “It took a while for Kate to convince William, though. He said that three children [are] more than enough. The thought of having four made him feel overwhelmed. … But Kate’s desires to have another child have inspired him, and at the end of the day, he loves and appreciates the secure family setting he never had growing up. Why not make it bigger? After taking some time to think about it, he’s on the same page and is excited about the future.”

Queen Elizabeth II would be “overjoyed” by this, with the source telling Us, “She adores her great-grandchildren. She’s slightly concerned that the Cambridges are biting off more than they can chew, especially as Kate isn’t planning to employ another nanny (as she wants to be hands-on), but as long as they’re happy, she’s happy.”

Kate’s sister, Pippa Middleton, welcomed her second child, Grace, that same year, which made the future queen consort feel “broody” and more aware that her “clock [was] ticking.”

Since Kate and Pippa have maintained a close bond, the elder sibling hoped to give her own daughter “the same enjoyable experience … grow[ing] up with a little sister to confide in and look out for.”

Scroll through to see Kate and William’s most memorable quotes about raising kids:

William joked about a then 9-month-old George to New Zealand’s governor’s residence hosts in April 2014:  “I hope that George doesn’t keep you up. He has been known to be particularly vocal at 3 a.m. …  I swear I heard him doing the haka this morning.”

The Duchess wrote about raising George and Charlotte to be open about their feelings for the Huffington Post UK in February 2016: “We hope to encourage George and Charlotte to speak about their feelings, and to give them the tools and sensitivity to be supportive peers to their friends as they get older. We know there is no shame in a young child struggling with their emotions or suffering from a mental illness.”

“It’s been quite a change for me personally. I’m very lucky in the support I have from Catherine, she’s an amazing mother and a fantastic wife,” William added on Talk Vietnam in November 2016. “I’ve struggled at times. The alteration from being a single, independent man to going into marriage and then having children is life-changing.”

“Having a daughter is a very different dynamic. So I’m learning … [George is] a right little rascal sometimes. He keeps me on my toes, but he’s a sweet boy,” William explained on Vietnamese talk show Talk Vietnam in November 2016.

Learning From the Best

“My parents taught me about the importance of qualities like kindness, respect, and honesty, and I realize how central values like these have been to me throughout my life. That is why William and I want to teach our little children, George and Charlotte, just how important these things are as they grow up,” the mum explained during a visit to Mitchell Brook Primary School in February 2017. “In my view it is just as important as excelling at maths or sport.”

“Personally, becoming a mother has been such a rewarding and wonderful experience,” Kate said during her speech the Best Beginnings charity’s film launch in March 2017. “However, at times it has also been a huge challenge. Even for me, who has support at home that most mothers do not.”

Got Your BackThe Duchess of Cambridge emphasized how important it is for people to support mothers during her Best Beginnings speech: “Mothers take on an overwhelming responsibility of caring for their families. Their role is vital in providing unconditional love, care, and support at home, particularly in the early years of a child’s development. We therefore should do everything we can to support and value their hard work.”

Real Talk“It is lonely at times and you do feel quite isolated,” the Duchess revaled at the Global Academy round table discussion in April 2017. “But actually so many other mothers are going through what you are going through, but it’s being brave enough to actually reach out.”

“Catherine and I are clear that we want both George and Charlotte to grow up feeling able to talk about their emotions and feelings,” William said during an interview with CALMzine in April 2017. “Over the past year we have visited a number of schools together where we have been amazed listening to children talk about some quite difficult subjects in a clear and emotionally articulate way, something most adults would struggle with.”

Winter Olympics: What is China's Covid policy and does it work? 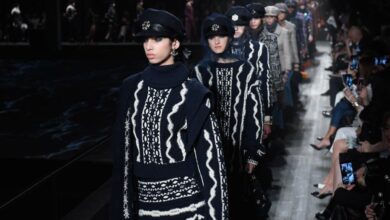 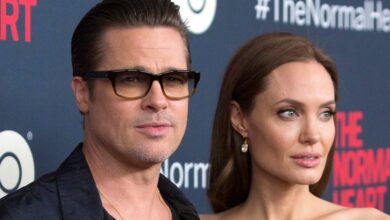 Brad Pitt sues Angelina Jolie over vineyard where they got married  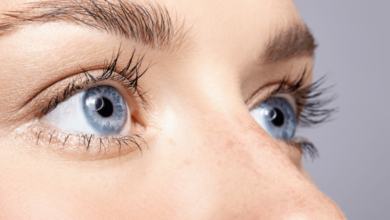